A simple of the word Gaucho’s to any Adeladian will instantly conjure up thoughts of melt in the mouth steaks, chimichurri sauce, flowing wine and good times. Gaucho’s has dominated the steak dining market from its iconic Gouger street site for over 30 years. With a legion of enthusiastic regulars, Gaucho’s is turning out consistent Argentinian fare with the char-grill at its centre point.

Ostras Del Diablo
The Coffin Bay Oysters were served piping hot out of the oven. Crispy thin slices on bacon sat on top of a mixture of cram, tabasco, Worcestershire and bbq sauce that was sweet, salty and spicy. There was a hint of ginger and coriander, with a long lasting heat in the back of my throat.

Calamar
South Australian Squid rustically cut into rings are covered in a light batter and fried until blonde in colour and dressed with a chilli and fennel salt. The crunchy batter plays off beautifully with the tender squid and when combined with the crisp and refreshing shaved fennel and parsley salad makes for an uplifting, tasty bite. A squeeze of the charred lemon brings an intense citrus zing and magnifies the flavour of the salt.

Costillas De Ternera
I was looked at like I was a little mad when I suggested something other than steak from the menu but despite their reputation and multiple awards for steaks I felt the need for a broader experience. There is more beef short rib than any one person could possibly eat, the meat ever so rich and tender. The succulent, dense ribs are topped with a refreshing stone fruit salsa punctuated with apple, capsicum, red onion and green chilli and accompanied by a smooth sweet potato mash.

Bife De Chorizo
We now arrive at the piece de resistance – Gaucho’s lauded 300g Darling Downs Wagyu striploin, aged 100 days with a marble score 5+ with green harissa and char grilled lemon. The plate is simple; half a charred lemon and green harissa sauce on one size and the sizable steak taking up the other half. The charred steak glistens and is expertly sliced at the table, where minimal juices flow out as the steak has been rested well. A textbook crust of meat that has seen high heat, frames the inner pink core, each slice tender, with robust flavour. The addition of the piquant green harissa sauce creates a harmony of freshness with the grilled meat.

Brocoli
Broccoli is my absolute favourite vegetable, and it is is given a hell of an upgrade at Gaucho’s making it undeniably delicious. Taken just past al dente, the texture is balanced out with the char on the crown. Fried with a flavour sensation of anchovy (for saltiness only – there is no hint of fishiness), chilli, garlic, and topped with pan grattato and Grana Pandano for even more crunch. 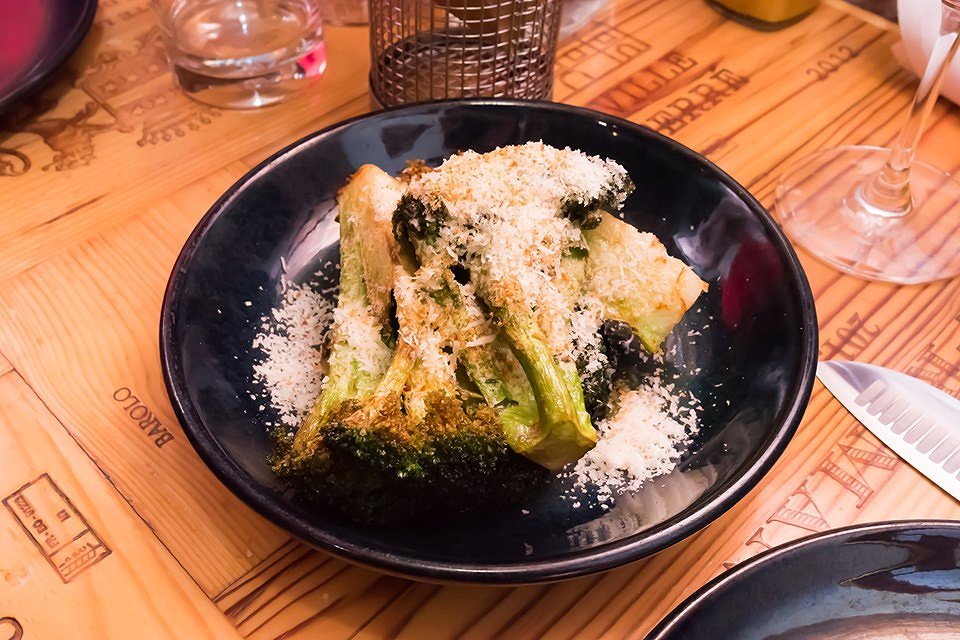 Papas Fritas
It’s near impossible to go past Gaucho’s famous Steak cut chips and even harder not to consume every single one. The house seasoning over the thickly sliced skin on chips is superbly salty lovingly coats every crunchy, amber coloured chip. 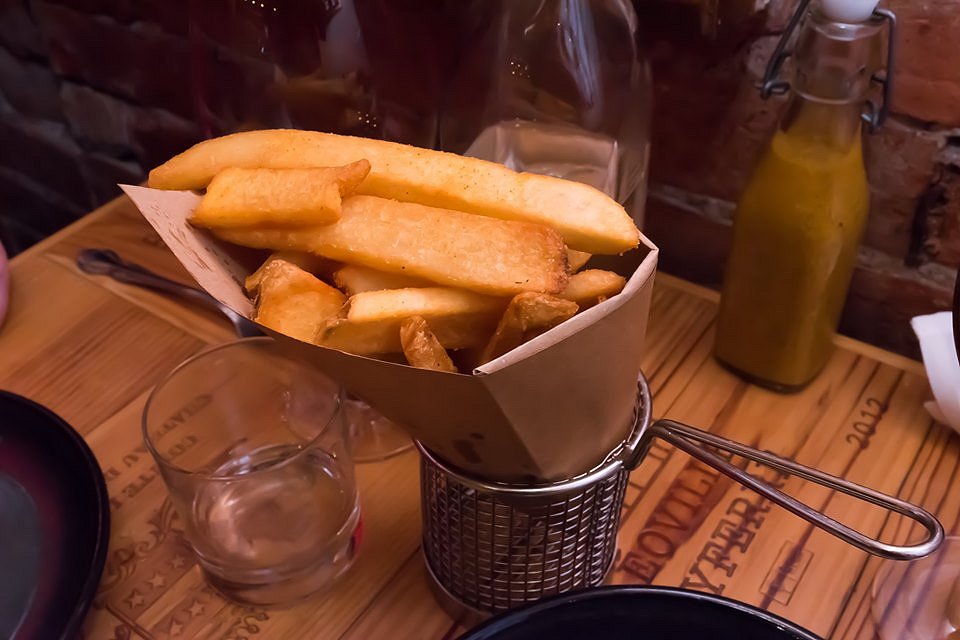 Churros
Churos are always such a perfect end to a rich meal. Rather than the mass produced, over processed sticks that are so readily available, Gaucho’s authentically pipe their dough in house, resulting in fluffy, soft chewy pastries. Upping the game once again they are dipped in a salted callebaut chocolate caramel dipping sauce that is a flavour medley of salty and sweet with delightful caramel undertones.

Dulce De Leche Tarta de Queso
This deconstructed cheesecake is presented in a glass topped with a biscuit and a quenelle of rich, creamy and sweet berry sorbet that is bursting with dark berry flavours. Spoon downwards and you are rewarded with a thick Dulce de leche cheesecake filling, a texture that I can only compare with a rich body balm (perhaps because that’s what I wanted to do with it) entwined with sweet berry compote studded with macerated blueberries. The centerpiece is a cylinder of pistachio merengue, as delicate as a snowflake and dissolves on the tongue.

Winner of the Best Steak Restaurant Award at the 2019 SA Savour Restaurant and Catering Hostplus Awards for Excellence, Gaucho’s are still at the top of their game. Boasting an impressive menu, comprehensive wine list, there really is nowhere better to head for Argentinian cuisine.