After a successful visit to The Rustic Fig Cafe a few weeks ago, we knew we had to head back for some dessert too! Luckily for us, owners, Erica and Naji Rizk, were generous enough to invite us back to enjoy some of the unique Lebanese desserts they make inhouse.

These crumbly little treats are what Erica describes as ‘the hot cross bun of Lebanon’, traditionally made, given, and eaten during Easter. The Rustic Fig have a date as well as a walnut variety and they both went down very nicely with a cup of coffee instead of a bickie. 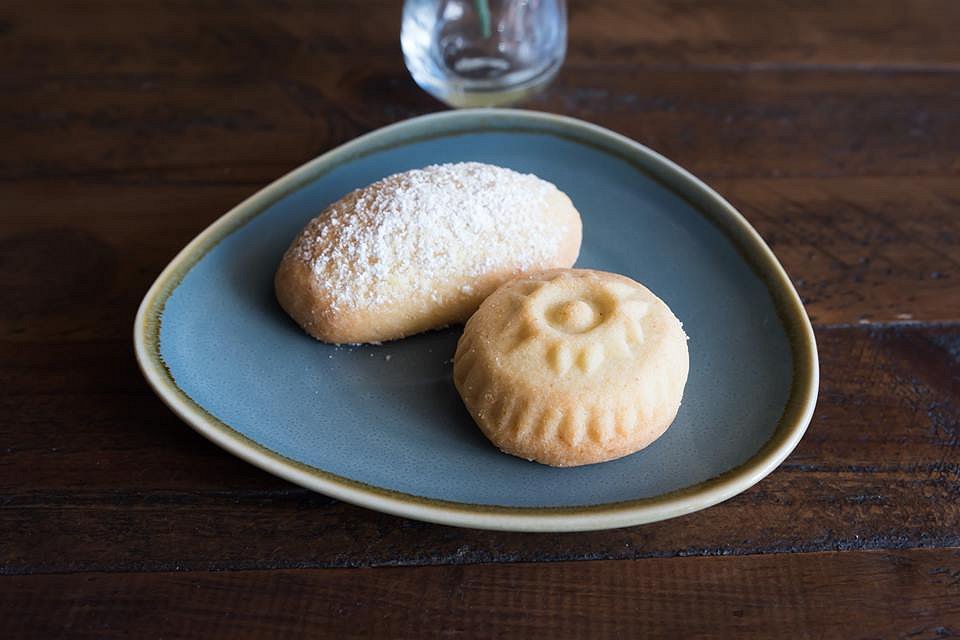 This custard triangle was not only very generous, but delicious too! The airy, flaky pastry fell apart as we bit into it and there is a good pastry to filling ratio. The filling itself wasn’t as sweet as expected, which was actually a pleasant surprise.

How could we go to have Lebanese dessert and not have baklava? This traditional dish is a different take on the baklava you might be used to as there are not only Lebanese baklavas, but also Greek and Turkish styles too. All three vary slightly, with the Greek style perhaps being the most commercial. Unlike Greek baklava; however, this cashew nut Lebanese one does not contain any honey and instead, is flavoured by rosewater syrup drizzled on top. The sweetness of the rosewater (which Erica says the Lebanese use in everything) syrup complemented the plainer taste of the cashew filling, making this a very balanced dessert.

The only real ‘cake’ The Rustic Fig offered was the turmeric and aniseed sfouf cake. Upon seeing this dish for the first time, one can definitely tell there was turmeric present, with the striking signature mustard yellow colour making its impression. The flavours were definitely there but not too overpowering and the cake itself was a little denser than most cakes, but it is made that way on purpose. As this cake is made with almond milk and does not contain any egg or butter, it is also 100% vegan-friendly! With the delicate flavours and minimal sweetness, this is the perfect dessert for the ‘no dessert’ person in the group. The flavour of the sfouf cake is also used in one of The Rustic Fig’s signature ice creams if you’re after something cold!

The Rustic Fig’s take on every Aussie cafe’s favourite banana bread – the vegan fig bread – is, of course, baked fresh inhouse with dried fig, All-Bran, and almond milk. The bread itself was moist and very nice when warmed up and served with a bit of melted butter. 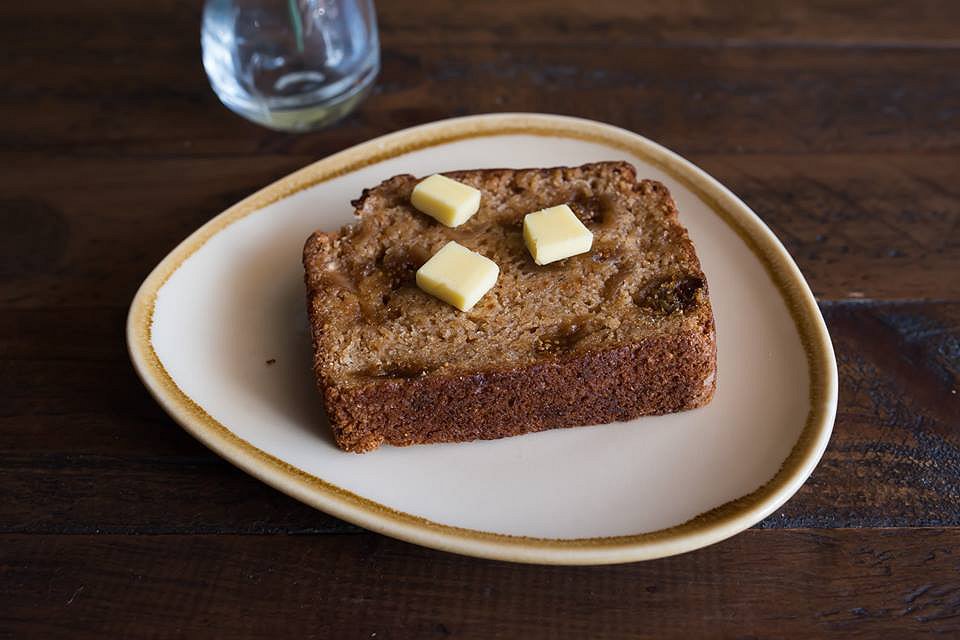 Made with aniseed, caraway, cinnamon, and topped with coconut, this dessert is the Lebanese version of a pudding. Traditionally in Lebanon, moughley is made only when someone has a baby, or during Christmas (the birth of Christ), as a gift for the new family. It is always homemade and can never be found in cafes or restaurants, which makes it all the more special! The moughley was refreshing and definitely lighter than your normal pudding. Not to mention, this dessert is both gluten free and vegan!

We couldn’t help but note the likeness of the lime and coconut crunch to a cheesecake when it first came out. However, there is no cheese in this dessert, making it a little bit creamier than your normal cheesecake. Named very appropriately, there was very strong citrus flavouring throughout, bringing a nice zing. The creamy cake also contrasted nicely with the coconuty texture coming through from the ‘crunch’ base. Did I mention this dessert is also gluten free?

Often mistaken for Australian ANZAC cookies, The Rustic Fig’s oat cookies do taste similar to the Aussie treat. However, these cookies were a bit sweeter and chewier (but no less delicious!) – the perfect accompaniment for a nice cuppa. 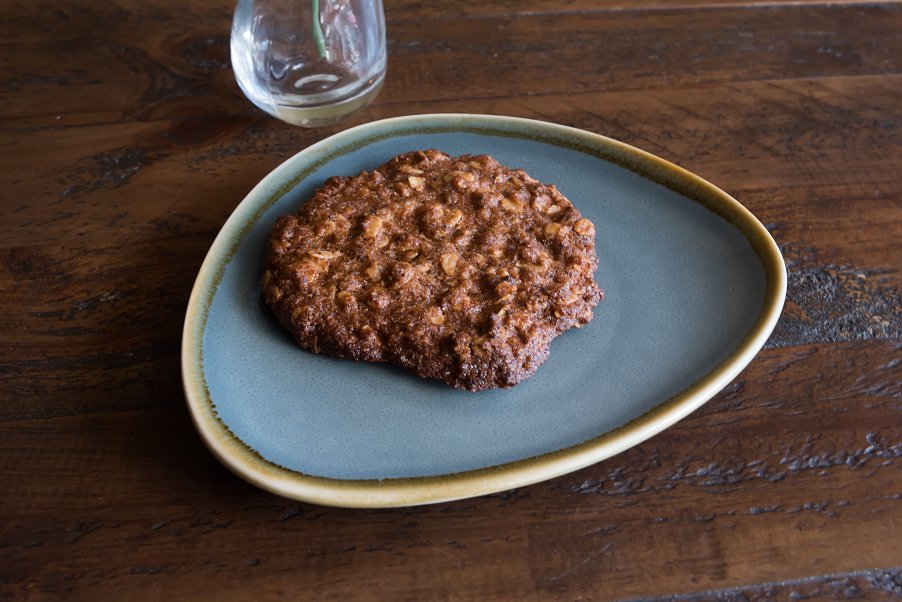 All of The Rustic Fig’s desserts were very aromatic and well-presented. None of these Lebanese desserts were overly sweet, like a lot of desserts out there are, which is a refreshing change. During our visit, Erica emphasised their philosophy of inclusion, making sure there is something for everyone to eat no matter what their personal preferences or dietary requirements, and this certainly can be felt from a customer’s point of view with the amount of variety and customisable changes available.

The Rustic Fig Cafe is open Monday-Thursday 8am-3:30pm and Friday-Saturday 8am-9pm, with a special banquet option available after 6pm Fridays and Saturdays.