Located on 128 Wakefield Street, they originally wanted to name the new restaurant ‘Ichi Ni Hachi’ (128 in Japanese); however, after discovering a very similarly named restaurant in Australia already, the two settled on Hachi 08, with eight being a significant number in the Japanese language.

Trained in Japanese restaurants in Sydney, Chef Pyounghua, seeks to break through the perception of Japanese dining being intimidating or too foreign, creating his menu to be accommodating to everyone.

We decided to pay this brand new restaurant a visit to try out their lunch menu and here’s what we thought:

Onigiri
A simple dish, this onigiri was simply a rice ball filled with pickled radish and kewpie mayo – a great way to start the meal!

Sake Don
With cured salmon sashimi, salmon roe and radish sprouts on a bed of rice, this dish is light and refreshing. While the cured salmon itself didn’t give much flavour, the dish is meant to be enjoyed after pouring some soy sauce and wasabi on top, after which the Sake Don becomes complete!

Chicken Karaage Don
Fried chicken served a drizzle of sweet soy sauce and kewpie mayonnaise, this dish also came on a bed of rice. The chicken was really crunchy but still nice and moist, not too oily and well-seasoned – perfect for those just dipping their foot into Japanese cuisine!

Korokke Curry Rice
This was definitely our favourite dish of the day! With delicious Japanese curry (if you haven’t tried Japanese curry yet, go out and try it right now!) and white rice, this dish was a winner already. The real standout, though, was the ‘korokke’ – the potato croquette-like veggie patty. Crunchy on the outside and soft and fluffy on the inside, this patty was just how a veggie patty should be! We could even have it on its own if the curry wasn’t so delicious!

Yaki Udon
This was the only ‘soup-less’ udon on Hachi 08’s lunch menu so we decided to give it a try. Made of delicious udon noodles, stir-fried with a generous amount of vegetables and marinated shitake mushroom, the serving size of this dish was huge to say the least! There was a slightly sweet-salty and mildly spicy sauce throughout the dish and the half-boiled Ajitama egg (seasoned egg) gave this dish even more flavour! Overall, very enjoyable and filling! 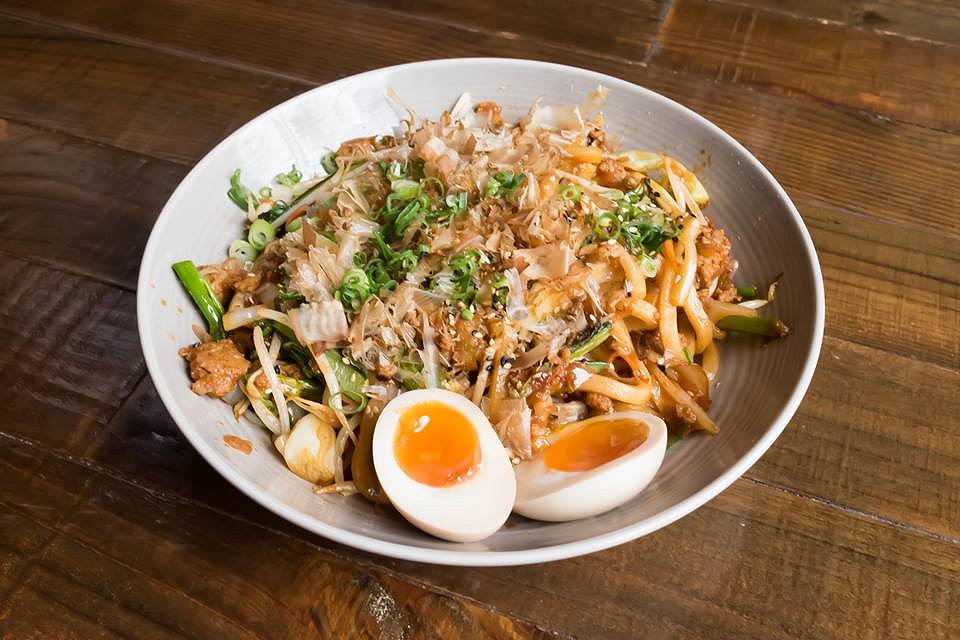 Daifu Katsu
Crumbed and fried mochi served with a small scoop of vanilla ice cream and fresh strawberries, this dessert was as pretty as a picture and offered a variety of flavours and textures in the one dish. 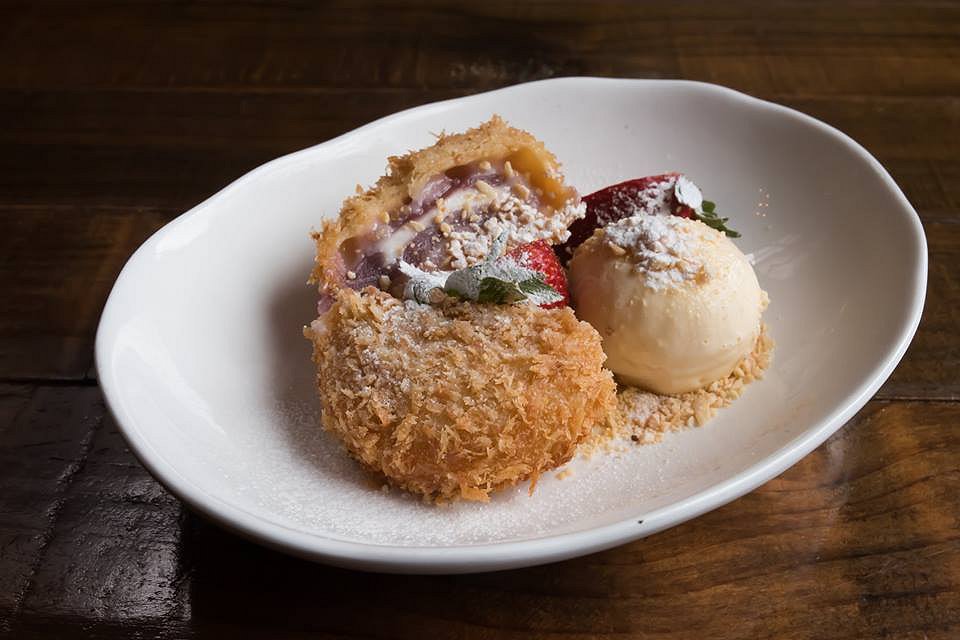 Matcha Crème Brulee
The second of Hachi 08’s two desserts, the matcha crème brulee was served with matcha ice cream on a bed of very finely milled cookie crumble (which we were big fans of!). The crème brulee itself had a slight matcha bitterness and was very creamy, with the top layer of caramelised sugar offering a bitter-sweet crunch with every bite.

Though every dish on the menu accurately represents Japanese cuisine and cooking, Pyounghua and Christine have created an experience welcoming for everyone, even those not so experienced in Japanese dining.