If you’re looking for somewhere in the Eastern suburbs to satisfy your sweet-tooth, look no further than Dolcetti Espresso Bar!

Having been around for four years now, owner Adam Nero originally bought the small property just next to Glynburn Plaza from the previous owners, who had named the place ‘dolcetti’ – Italian for ‘little sweets’.

As business began to boom, the small café expanded when the lease on the neighbouring store expired. This expansion two years ago allowed Dolcetti to build and furnish a massive kitchen – twice the size of their front of house!

“Everything’s made from scratch – all the cakes, biscuits, even the pies and pasties are made here. All the food’s made here so we literally don’t buy in anything at all – maybe some tart shells but that’s about it,” says Adam.

In addition to their namesake ‘little sweets’, Dolcetti also offers gelato! All 24 flavours are homemade in-house daily by Adam’s brother, Joe, who used to make gelato for CIBO Espresso. Adam and Joe’s sister, Marisa, whips up all the cakes and sweets, with their mother making all the savoury items offered on their menu. 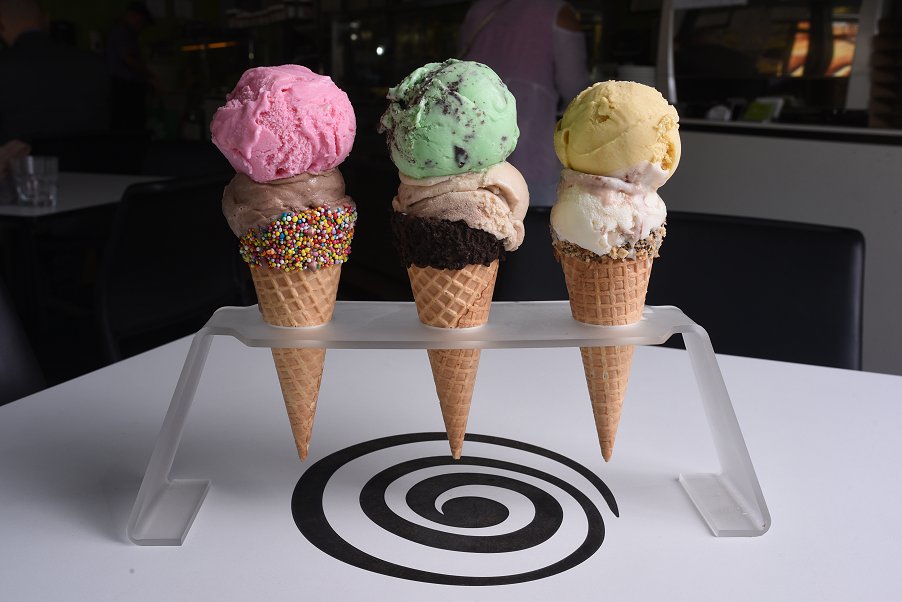 We don’t blame you if you feel spoilt for choice but we definitely recommend trying out their Zabaglione Cannoli, Custard Cannoli, and Ricotta Cannoli. With their delicious, creamy fillings and flaky, ice sugar sprinkled shells, it’s no wonder the cannoli are by far Dolcetti’s bestsellers! They can even dish up their signature cannoli cake for special occasions (time to start dropping hints if your birthday’s coming up soon!).

With such strong family values behind the business, the friendly atmosphere can certainly be felt as soon as you step through the door.

“It’s a suburban area so there’s lots of families around here and they just want somewhere close, and there’s a nice, big carpark, so when there’s two parents and two kids and they don’t really want to travel down to Norwood Parade or anything, they’ve got somewhere the kids can just run around a little bit,” Adam says.