The Lost Deli somewhat embodies its name. A small establishment that exists just off The Parade that has an unassuming exterior and a simple yet welcoming interior. Their menu up to this point had been made of café staples yet they individually contained so much creativity that The Lost Deli couldn’t help but to develop a following of fans who love delicious and ethically responsible food.

Having quickly grown a healthy (both figuratively and literally) base of customers The Lost Deli is looking to expand its horizons. With the onset of summer just around the corner it is a perfect time to introduce something new to the repertoire.

Looking to show a more gourmet side to the menu, The Lost Deli acquired the services of Chef Jordan Lucia, previously of The Red Ochre. Coming from The Red Ochre to developing an entirely plant based vegan menu was a challenge for Jordan. He came through excellently though. Producing a menu that is fresh, full of flavour, variety and healthy for both body and soul.

Adelaide Food Central was given the opportunity to sample a selection of The Lost Deli’s inventive and scrumptious menu. The first to excite our tastebuds was a Pea and Broad Bean Salad with Roasted Hazelnuts, Fresh Herbs and Almond Fetta topped with Herb Oil and Parmesan. This is a dish that makes you feel better inside just by looking at it. It’s a combination of goodness with dashes of striking flavour. A salad is a salad, it’s all in the dressing. If you like peas and beans this is going to be a hit, otherwise you’ll be looking for those more subtle surprises that are brought on by a well-crafted almond feta and vegan parmesan that manage to bring those sparks of flavour to the dish. 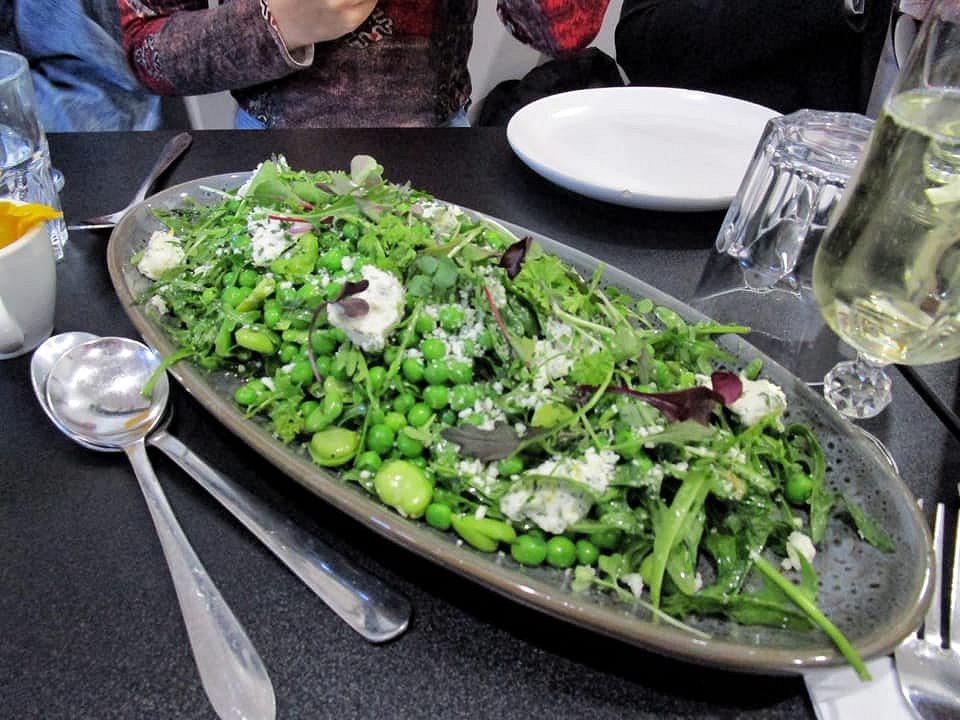 Next to the plate is the Beetroot Tartare with Horseradish Cashew Cream, Seasoned Rye Toast & Micro Herbs. Beetroot can be a very overpowering flavour but, in this instance, it blends well the horseradish cream (another flavour that can take over a dish). Together it creates a smooth texture and a complementing zest that serves well as a light entrée. The season rye toast ends up as bit of a side note here but serves its purpose well dependant on how hungry you are or how big a meal you’re after.
The first two dishes were keeping things fresh and light to lead up to a sizable, organic, enticing roast cauliflower.

In its entirety was a Romesco Roast Cauliflower with Romesco Sauce, Herbed Pearl Barley, Preserved Lemon and Green Olive. A dish that gets its taste from many sources. The cauliflower alone is imbued with a lingering Romesco essence which is both similar to the accompanying sauce yet distinctively different. Whereas the previous dishes integrated it’s flavours together this dish keeps them quite apart. With each bite you either get the compelling Romesco, the tang of the lemon or the salty twist of the green olive. It’s both an experience and journey as you and friends take on this monster, all-natural cauliflower. 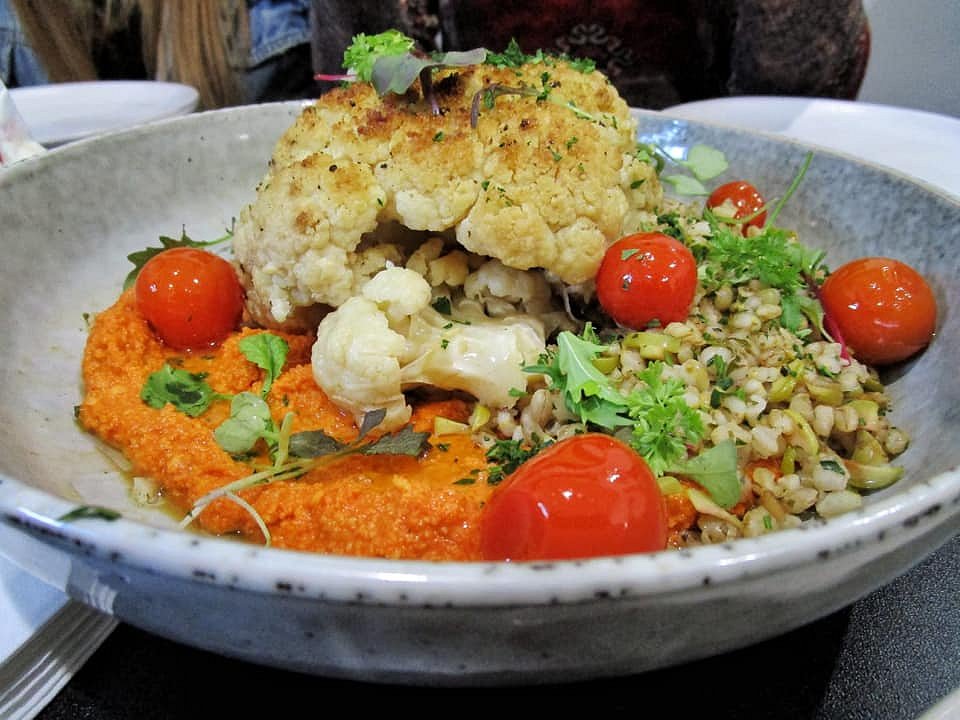 To finish all this off is an item which has been previously revealed by The Lost Deli and came with much excitement, a Jaffa Mousse with Maple Honeycomb, Cashew and Date Crumb and Orange Syrup. This tasted exactly how it sounds. A perfect replica of the unmistakable choc orange flavour. A dessert as smooth and creamy as any other with a crunch from big honeycomb pieces and texture from the date crumb. The Jaffa mousse is a perfect crescendo to an amazing line up. Have this alone or at the end of dinner, it can fit any where in your dessert schedule.

This is only a sample of new direction that The Lost Deli is going in. There are plenty of new ideas on the horizon. Keep an eye out for dinner bookings and events in the near future. The upcoming of these being ‘Pasta, Plants, and Prosecco.’ which is happing on November 30th. Check their Facebook page for details.