Trophies presented were the 2019 Riedel YOUNG GUN OF WINE, BEST NEW ACT, WINEMAKER’S CHOICE and PEOPLE’S CHOICE awards. The First Drop DANGER ZONE award was also awarded to the most adventurous wine from the entire show.

The prestigious Riedel YOUNG GUN OF WINE was awarded to winemaking duo Damon and
Jono Koerner from Koerner Wine in the Clare Valley. The Koerner brothers were lauded for their
2018 ‘Grace’ Riesling and 2018 ‘La Corse’ Red Wine, which they submitted to the YGOW panel
in 2018 for tasting. “It’s a thrill to win such a great award with my brother, doing something we
love and have so much fun doing,” said Damon on winning the award. 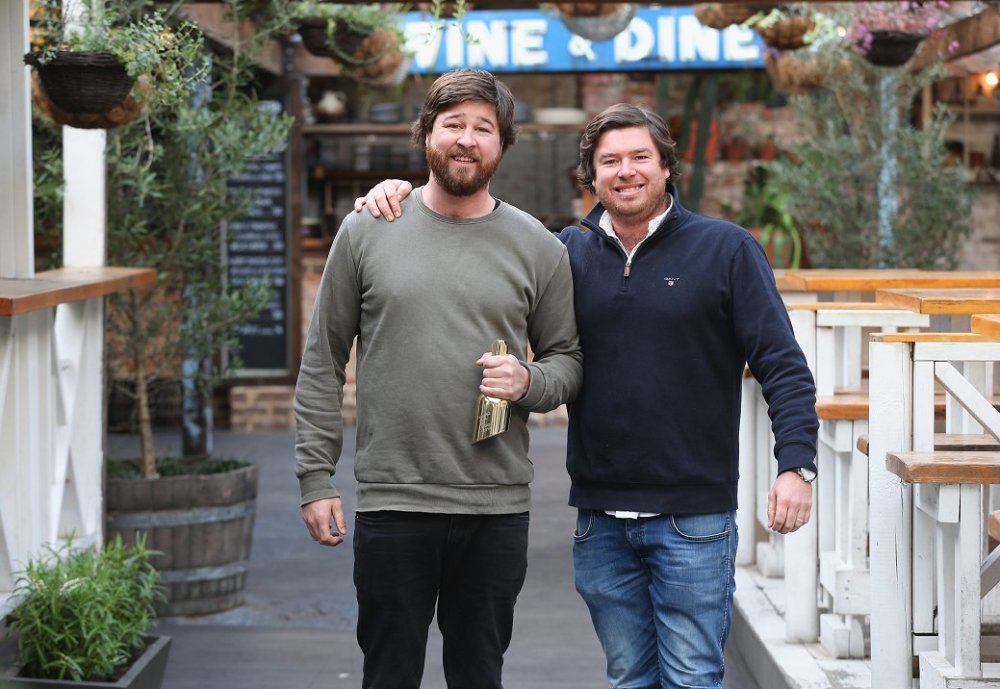 “The ‘La Corse’ is a blend of varieties which includes Sciacarello – a grape native to the French
island of Corsica. This wine is the epitome of what today’s customer wants: a light, bright, easydrinking
red, with layers of interest in the glass – it’s awesome, and all with the aesthetic appeal
of Koerner’s preppy packaging,” said Rory Kent, YGOW founder.

“From a family of grape growers, Damon and Jono Koerner started the eponymous wine label in
2014 and is doing it right on every level. From sourcing emerging varieties, to a sense of
adventure in the winery with use of large ceramic eggs for fermentation, to a product mix that
includes various shades and textures of single varieties, to the packaging that is instantly iconic.

“They’ve become an emerging force and beacon for future creativity in the Clare Valley, a region
perhaps somewhat isolated and traditional. What they’re doing, and how they’re doing it, makes
them the poster child for new wine labels today,” Rory added.

As winner of the Young Gun of Wine Award for 2019, Koerner will be offered a contract with TAP.
Wines to have their wine pouring at an iconic wine bar of Melbourne to celebrate the huge
achievement.

PEOPLE’S CHOICE, as decided by the public at tasting events in Melbourne and Sydney, was
given to Liv Maiorana and Mijan Patterson of South by South West. “Winning People’s Choice for
us is epic, making wine to share is what the South West is all about, but ultimately we make it for
people who are going to drink it and it’s so humbling that they enjoy it,” said Liv.

WINEMAKER’S CHOICE, handed out by the Final 12 winemakers, was taken out by Remi Guise
of Tripe.Iscariot. “Winemakers Choice is one of those furiously coveted awards, it is the respect of
your peers, all of whom are as critical and exacting as you are. To have the caliber of winemakers,
who all make wines of such esteem and sense of place, elect me as a favourite is truly amazing
and humbling,” said Remi on his win.

The BEST NEW ACT went to winemaking duo, Rhys Parker and Paul Hoffman from Vallée du
Venom, who make wines in the Margaret River and Swan Valley. “Hoffy and I are very humbled
to be amongst so many talented winemakers and bloody good wines! We’re stoked!”, Rhys Parker
said on their win.

The First Drop DANGER ZONE was awarded to 2018 Dirt Candy Wine ‘The Little Circus’ from
the Hunter Valley. “The threading together of no less than six different red grapes and glazing
them with the skins of the white traminer grape is brave, evocative and just the right kind of crazy.

And to do all this in the Hunter Valley, Australian wine’s poster child of conservative, stoic and
traditional winemaking is straight up nuts. Then again the wine is so delicious, the back label
probably won’t even get a look. So they won’t notice – genius!”, said Chief Panelist, Nick Stock.