Down in the western suburbs, the cafe that was once Adelaide’s first Cibo Locale has undergone re-branding. Breaking away from the Cibo franchise, the same owners have started 94 Degrees West. The name is a combination of the coffee temperature and the locality of the cafe. The physical aspects and the cafe concept still pretty much remain the same, although there are many changes to the menu.

Royale with Cheese Burger – double beef patties, American cheese, cheddar cheese, pickles, chipotle mayo. There’s nothing like a classic cheese burger to satisfy the hunger and this one hits the right spot. There were two juicy, well seasoned patties covered in two types of cheese. The pickles add a bit of tanginess and the spicy chipotle mayo adds a bit of kick.

The Manchego – fried egg, Spanish manchego cheese and corn puree, crisp chopped sourdough with a tomato and corn salsa. If there was ever a dish that was a work of art, this is it. It didn’t just look good, it tasted great too! The delicous and gooey manchego cheese had caramel and nutty flavours, and worked really well with the sweetness of the corn puree. The salsa was colourful and refreshing, and added plenty of depth to the dish.

Sweet Potato and Chorizo Hash with poached eggs, tahini yoghurt, spinach, fried shallots and black sesame. Served in a cast iron dish, this meal came out sizzling hot. Underneath the perfectly poached eggs were generous morsels of chorizo that were subtle in flavour. The natural sweetness of the sweet potato were balanced by the creamy bitterness of the yoghurt. The fried shallots were crispy, and added a good textural component to the dish.

Salt and Pepper Squid served with a citrus and pickled fennel salad. Served on a tile, this dish has to take out the best looking Salt and Pepper Squid I’ve ever seen. The squid was lightly fried, and the texture was soft and delicate. The mandarin segments added natural sweetness which was balanced by the tanginess of the salad. 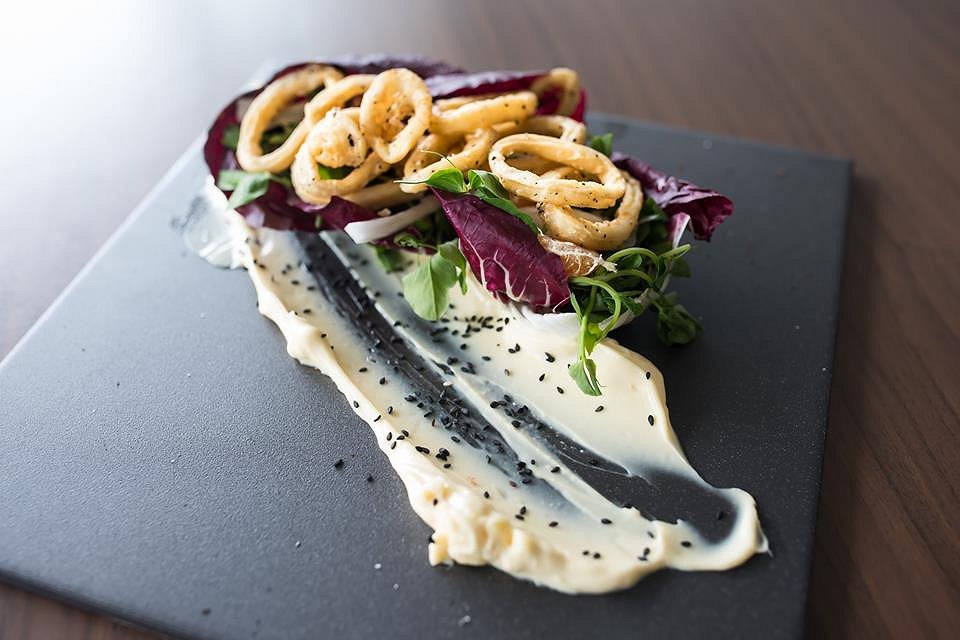 Four Hour Masterstock Beef Brisket Sandwich on ciabatta with grilled provolone, lettuce, tomato and chilli jam, red eye mayo. If you’re looking for a hearty meal, this one will easily do the job. The sandwich is filled with generous amounts of brisket that simply falls apart. The flavour of the brisket is rather subtle but works brilliantly with the medley of fresh vegetables. 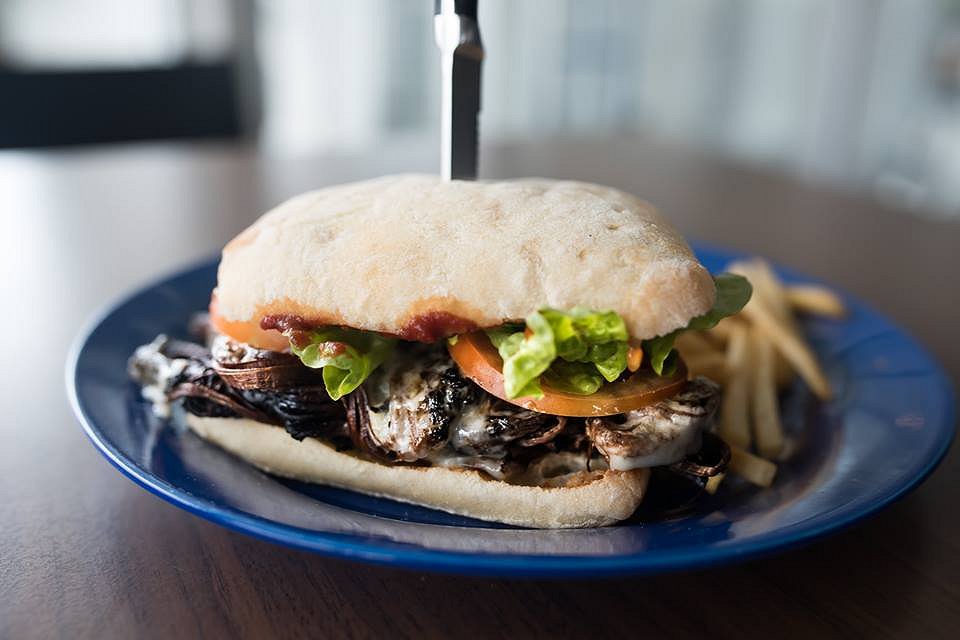 Cauliflower Fried Rice with Seared Prawns, fried egg, house kimchi, pickled vegetables, bean shoot, daikon, coriander, lime and sriracha. This is another offering served in a cast iron dish and you can see the Korean influences in this one. Beneath all the fresh Asian vegetables is a perfectly seasoned cauliflower rice. The idea is to mix them all together like a Korean Bibimbap while adding the spicy sriracha sauce. It’s a variation that surprisingly works. 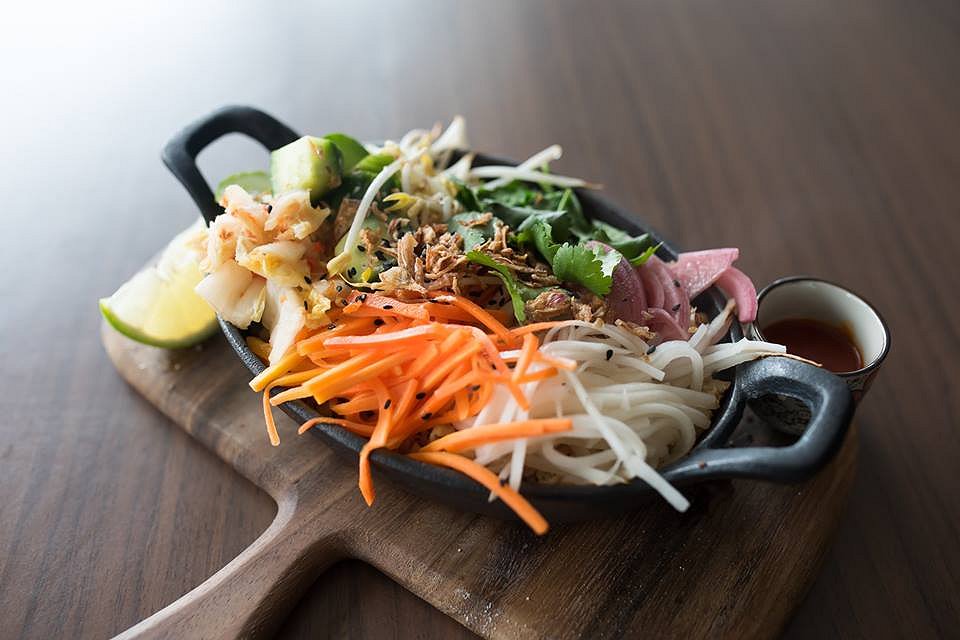 California Sunrise Salad with green oak, radicchio, heritage tomato, raw beet, cucumber, charred corn, coconut forbidden rice, quinoa, cauliflower, walnut, pomegranate, herbs, sumac, coconut flakes, and apple cider and agave dressing with chicken. If you’re looking for a salad that is the A-Z of superfoods, this is it. There’s so many flavour and textural contrasts going on, each bite becomes a party in your mouth. There’s the option to add various proteins to this dish so the carnivores can enjoy this too.

House Buttermilk Pancake Stack with fresh, wild strawberries, maple syrup, vanilla bean gelati and candied walnuts. We haven’t had pancakes this good in a very long time. The generously sized pancakes were light and fluffy, and could have easily been eaten on their own. There was plenty of sweetness from the strawberries, maple syrup and gelati, with the candied walnuts added a nice crunchy texture. Not only did this dish look amazing, it tasted just as good.

We were thoroughly impressed with the epic lunch today. They’ve taken everything good out of the previous cafe and made it even better in the new one. This particular location is a popular place for coffee in the western suburbs, and with the introduction of 94 Degrees West, will continue to do so for a long time to come.