With the popularity of TV cooking shows and the sheer amount of dining options in our city, the general population has become more refined when it comes to food. Once upon a time, food was only matched with wine, but it’s now generally accepted that meals can be paired with beer.

Tonight, Adelaide Food Central, along with other guests were invited to a Craft Beer Degustation at La Boca Bar and Grill. The dinner was hosted by La Boca Head Chef, Nicolas Arriola, and James Squire Craft Beer Ambassador, Michael Jackson. We were privileged to sample 5 Argentinian courses which were matched with a selection of Squires beers.

We started off with a Creamy Avocado Soup with candied fig served with White Rabbit White Ale. The soup was smooth and creamy, and really worked well with the notes of coriander and juniper in the White Ale. 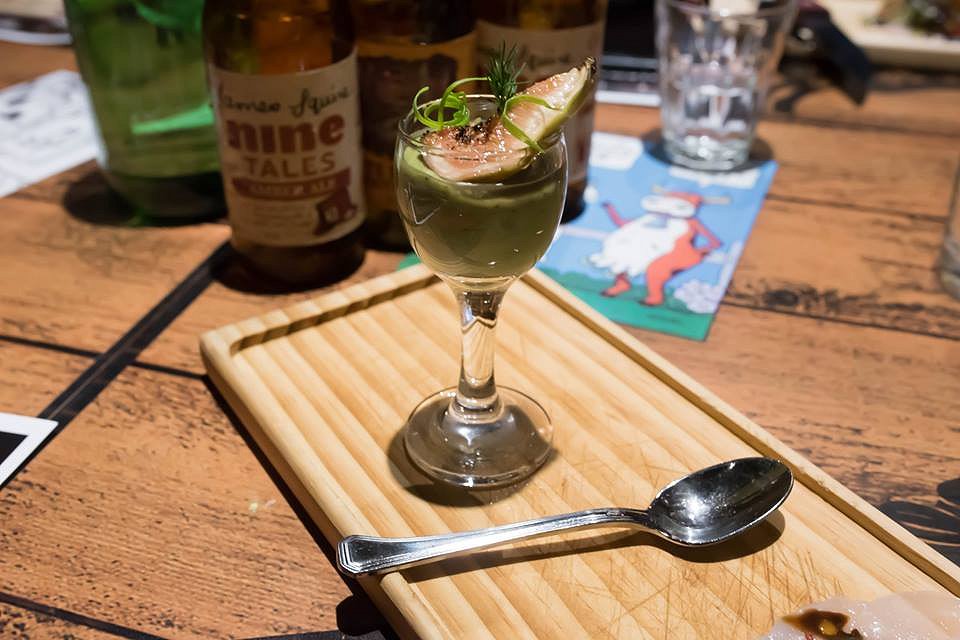 The first course also came with a Scallop Carpaccio served with a crab and lemon vinaigrette. The dish was paired with a James Squire Nine Tales. The thin slices of scallop were fresh, and the texture was silky smooth. The dressing was tangy with a fair amount of citrus. The Nine Tales was bold and nutty with notes of caramel and toffee. The jury is out on this pairing as some found the beer to overpower the dish. 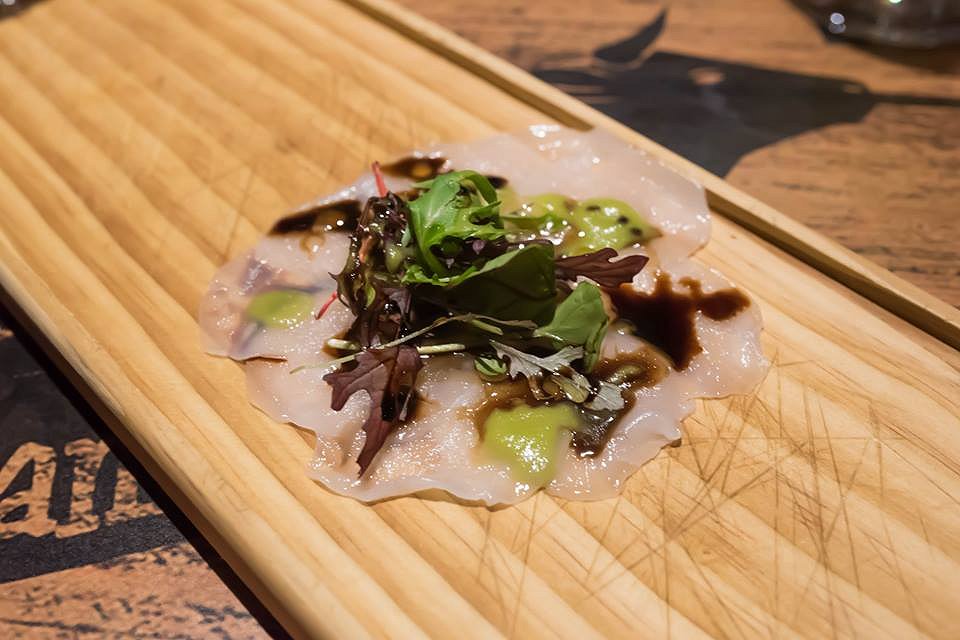 Next we had the Cinnamon and Thyme Slow Cooked Duck Breast with a raspberry and mint sauce served with Little Creatures Fire Falcon. The duck was juicy and succulent with a lovely pink centre. The sauce it was covered in was sweet and refreshing. It was paired with the Fire Falcon that had a lovely aroma and you could certainly taste the hops. It wasn’t fruity but spicy, and you could taste the characteristics of toffee. 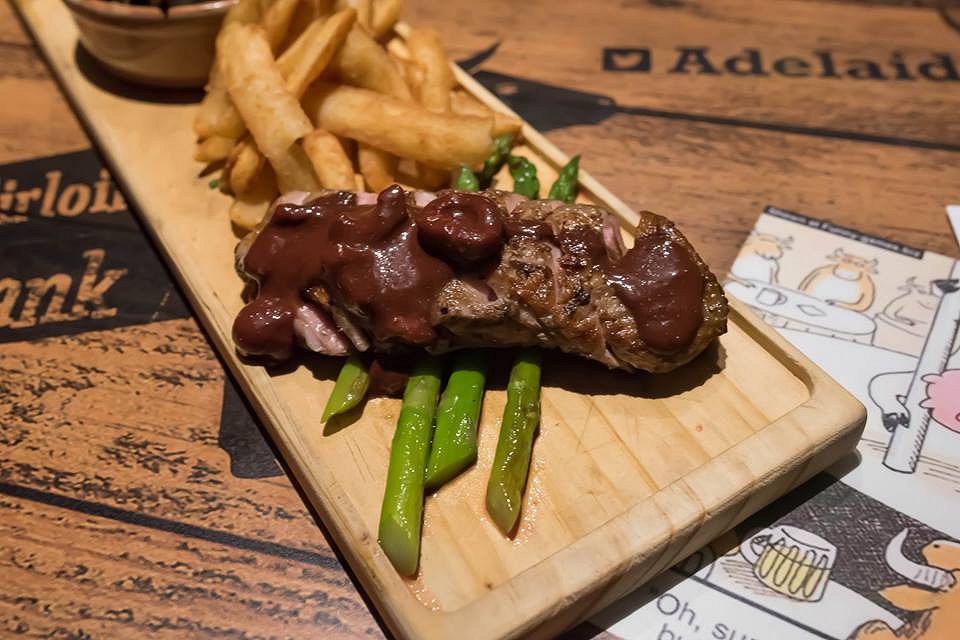 The other part of the second course was the South Australian Black Mussels with garlic and white wine sauce served with Little Creatures Pilsner. The mussels were perfectly cooked, and when dipped into the sauce, was like a match made in heaven. The Pilsner was essentially a clean, light beer which was perfect for refreshing the palate. 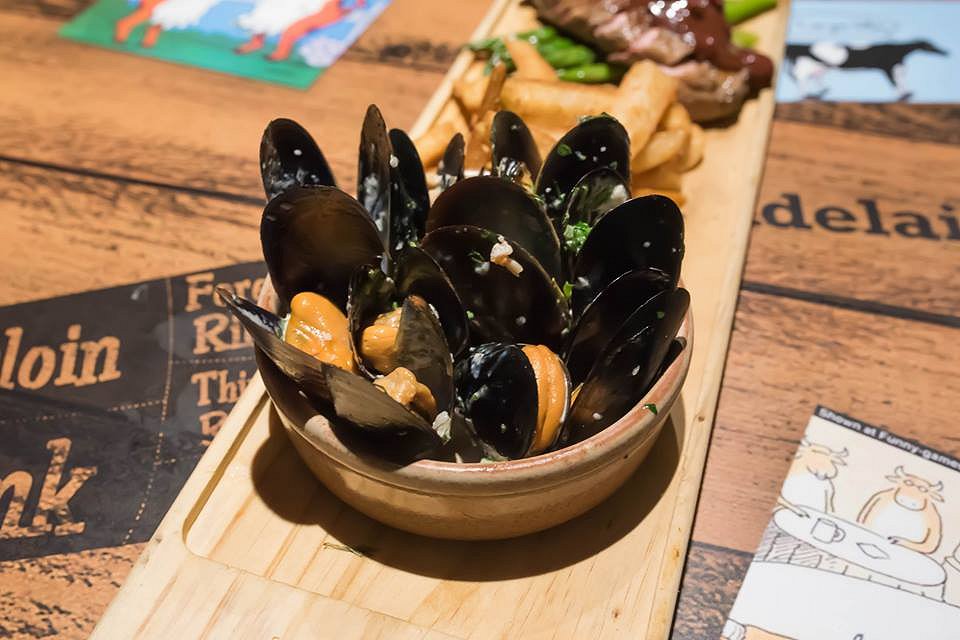 The Jerk Style Pork Belly with La Boca Slaw was served with the James Squire Chancer. There’s nothing better than freshly cooked pork belly. The meat was well seasoned and simply melted in your mouth. The slaw was adequately dressed and added a nice crunchy component. Everyone knows that pork goes really well with fruit. In the case of the Chancer, the fruity tropical aroma of the beer was a perfect match with the pork. 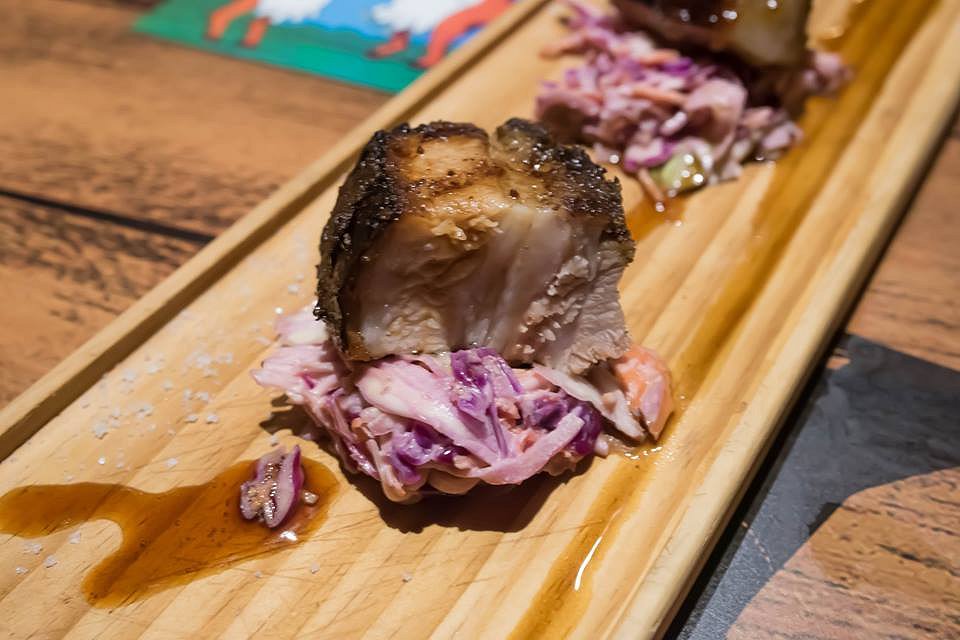 The Grilled Outside Skirt with celeriac puree and deep fried leek was served with a James Squire Hop Thief 8. The skirt was cooked to perfection, and the meat easily fell apart. The puree was smooth and creamy, while the leek added a crispy component. The Hop Thief 8 is a strong flavoured beer with malt and citrus characteristics. The jury is out on this pairing as well as the people around me felt it wasn’t a good match. 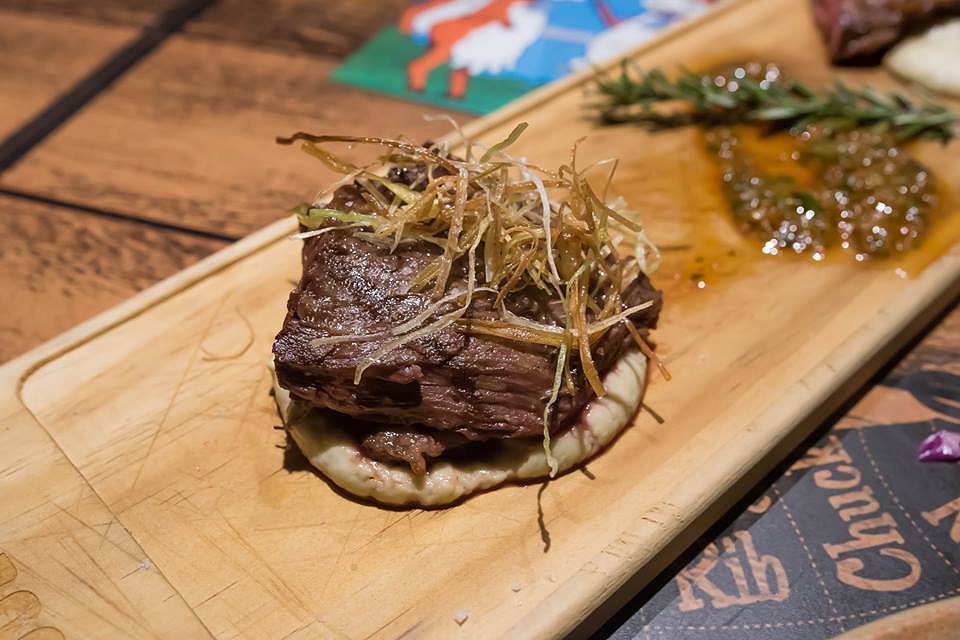 Dessert was a Warm Orange Cake with salted caramel ice cream and chocolate soil served with Little Creatures Fire Falcon and White Rabbit Dark Ale. For this course, it was about like for like when it came to beer matching. The sweetness from the moist cake and ice cream were complimented by the taste of toffee in the Fire Falcon. The Dark Ale wasn’t as sweet but still had chocolate malts and coffee characteristics. 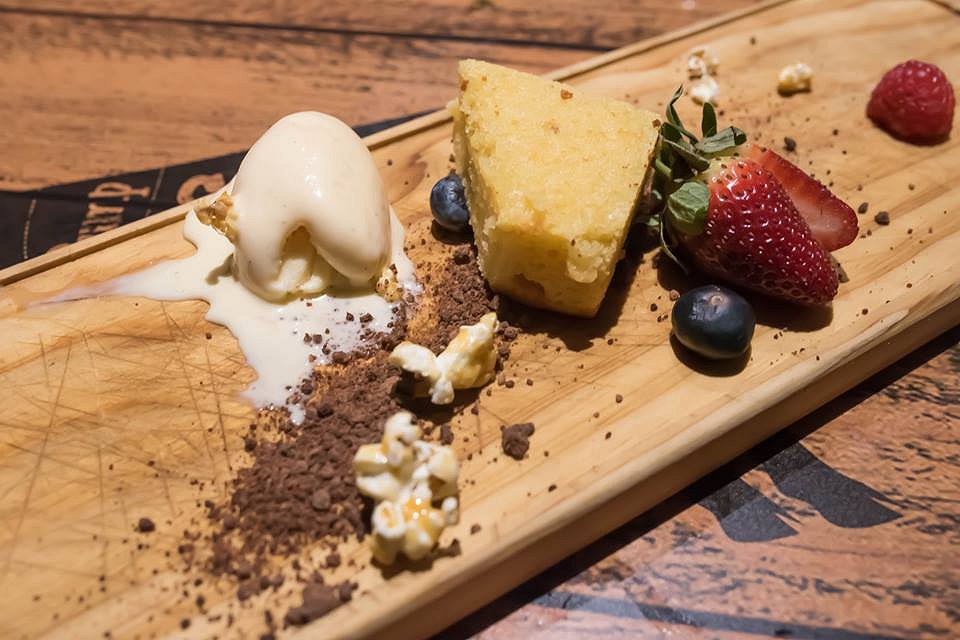 Another amazing evening of food and beer pairing! Chef Nicolas came up with the good once again and we had a selection of beers that complimented the dishes accordingly.

Adelaide Food Central would like to thank Chef Nicolas and the La Boca staff for their hospitality, and Michael Jackson from James Squire for the matching beers.