It’s not very often you see a restaurant without a freezer. But the celebrity chef and owner of newly opened Seoul Sisters, Chung Jae Lee has his reasons. They are now working with a much smaller kitchen. And as the menu changes often, this ensures that the food they deliver to your table is as fresh as it gets and as exciting as you would imagine!

Chung Jae Lee and his wife Sam Lee originally owned “Mapo” in Adelaide before selling it and moved to Darwin. It was there that they opened up “Little Miss Korea” which earned them the Best Asian Award and Best Stand-Alone Award last year. The family of four have now returned to Adelaide to open their brand new restaurant, ideally named Seoul Sisters in honour of their two beautiful daughters, Bella and Pia.

We were among the lucky ones to get a sneak peek during the opening launch the other night. With a welcome box of Chung Jae’s unique recipe of ‘8 times chocolate coated almonds’ and complimentary wine from the fantastic Barossa Boys Winery, we were joyfully approaching a relaxing and intimate night. We loved the high ceiling and broad windows which allowed plenty of natural light to spill in from the late afternoon sun, especially on those warm summer nights.

Wife, Sam Lee mentioned that the restaurant seats 24 outside and 30 inside, so they are pretty small, but it’s intimate which is good and it is perfect for hosting a private event. She also said that they are still trialing their opening hours however they do cater for Friday and Saturday nights and from 8.30am during the week, offering the best quality coffees from Dimattina.

Chef Chung Jae ran the kitchen by himself the night of the opening launch creating some of the best dishes which include; the stuffed mushrooms with teriyaki and yuzu sauce, pork belly on mini toast with blue cheese sauce, stir fry prawns, and of course the popular KFC (Korean Fried Chicken) in a spicy dipping sauce. They were all very tasty and delicious and like we have predicted, fresh off the oven and stove. We saw him worked it, the chef who has years and years of experience under his belt, showed nothing but calmness, consistency and joy.

“When the Chef is happy the food will come out good when the chef is angry, it will show on their food,” says Chung Jae who brought many applause from us, his future returning customers who definitely couldn’t agree more with the statement. 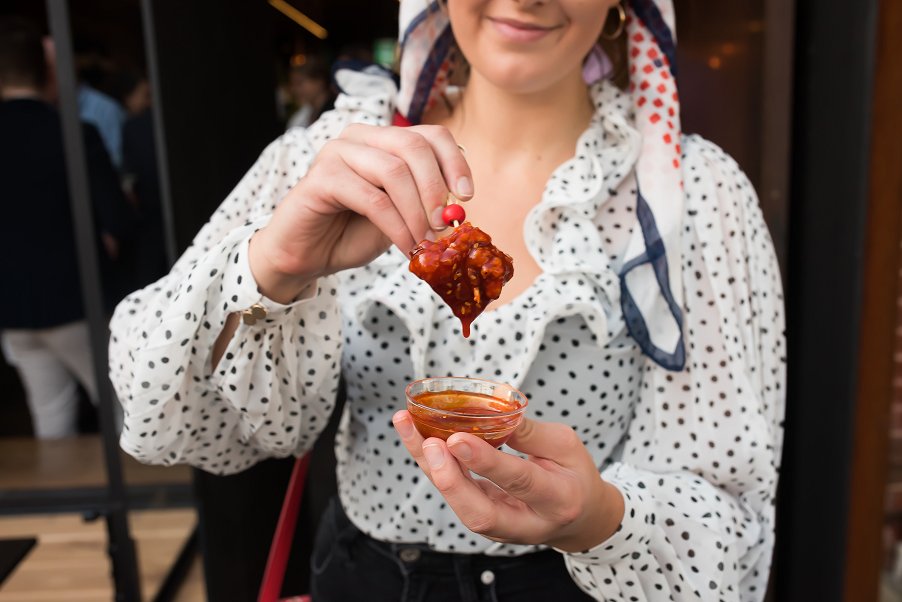 As there are many emerging Korean restaurants in Adelaide since a couple of years ago, we like the idea of Seoul Sisters introducing themselves as what they want to call it Contemporary Korean cuisine. We thank Chung Jae and their family for their warm welcome and hosting such a fabulous opening launch. We can’t wait to properly dine in here again and try on the other dishes they have to offer.