The best of Adelaide’s Indigenous food, arts and culture is set to be showcased at a gala evening at the Henry Austin Bar and Restaurant on Monday 17 July as part of an impassioned fundraiser supporting the Hutt Street Centre.

The Power of Four gala evening will feature special guest appearances by former Australian Rules players Daniel Motlop and Gavin Wanganeen. The stars have carved out successful post-football careers in sharing Indigenous culture and stories of their heritage through art and fine foods.

Reflecting on Gavin and Daniel’s dedication to making a difference in the local community, Henry Austin Bar and Restaurant owner Max Mason is urging all South Australians to support the cause.

“The Power of Four is such a fitting name for this occasion. These guys are far from just local footballers,” he said.

“This is a celebration of two incredible sportsmen that as luck would have it shared the same number 4 guernsey and have gone on to contribute a wealth of value to our state as a phenomenal artist and artisan respectively. We’d love to see the South Australian and wider community get behind them and support them.”

Guests at The Power of Four gala evening will enjoy a selection of canapes and beverages including Green Ant Gin and Magpie Goose Tartare from Something Wild, the Indigenous food and game meat company co-owned by Daniel Motlop and his family. Over the past 18 months Something Wild has gone from strength to strength, connecting local Aboriginal communities with the opportunity to supply fresh produce and share the stories of the food, while creating jobs and entrepreneurial platforms for those in regional areas.

“The Power of Four is an event that will showcase very different journeys in life brought together through football and now culture. Being Indigenous, Gavin was a role model for me through sport and that lead to me wearing the number 4 with Port Adelaide when he retired,” Daniel said.

“Our journeys have now become similar in the way we want to share our culture; Gav through his incredible art and myself through food. Stories through art and food have been shared for generations among Aboriginal and Torres Strait Islander people and we are lucky enough to share our stories now.”

The Power of Four gala evening will also mark the opening of an art series by Gavin Wanganeen. Gavin initially began painting while playing with Port Adelaide; however, it wasn’t until after he retired that he discovered his passion for the craft. 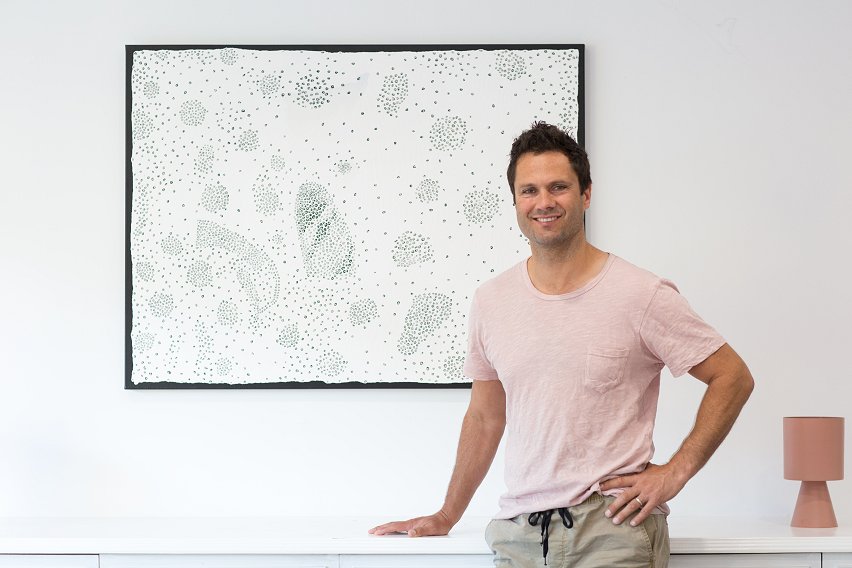 Using canvas and acrylics, Gavin has gained national acclaim for his artistic talent in exploring and explaining his ancestral links by recreating memories and capturing the beauty of the Australian outback.

“I am influenced by my Kokatha ancestors, and in particular my Great Grandfather Dick Davey who was an incredible man,” Gavin said.

“Since becoming an artist I have felt more connected to culture and different aspects of my family history, such as my mother’s experience being of the Stolen Generation. It has been wonderful to be able to explore my family history and learn about all the stories from my ancestors. I look forward to expressing these stories through art.”

Four pieces from Gavin’s current works will be available for purchase at the gala evening. The art series will be on display at the Henry Austin throughout July until the end of August.

WHERE: The Henry Austin, Restaurant and Bar, 29 Chesser Street, Adelaide